The Solar Model Inter-comparison Project (SolarMIP) is a SPARC/SOLARIS initiative to compare the coupled ocean-atmosphere model response to variability in solar irradiance in the CMIP5 (Coupled Model Intercomparison Project phase 5) model simulations. SolarMIP aims at examining the model responses to the 11-year solar cycle variations with special care on (a) the stratospheric response, which is dominated by ozone absorption of incoming UV-radiation and (b) the surface response, which is believed to be a combination of direct heating of the tropical SSTs and indirect effects via the stratosphere. The scope of this international activity falls directly under the aims of WG4 of the European COST Action TOSCA (ES 1005) regarding the investigation of solar influence on the vertical coupling between atmospheric layers, the role of the ocean influence on the solar impact on the troposphere and the intercomparison of solar cycle effects in climate models simulations. 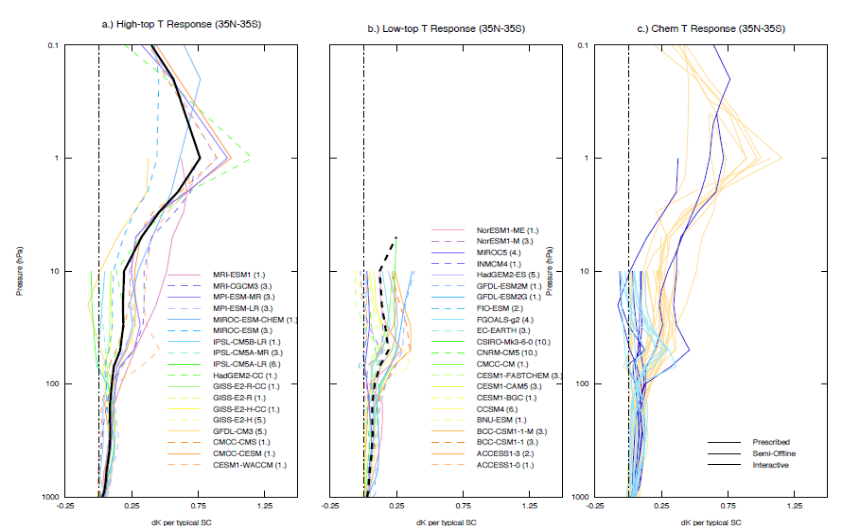